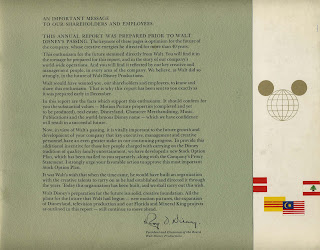 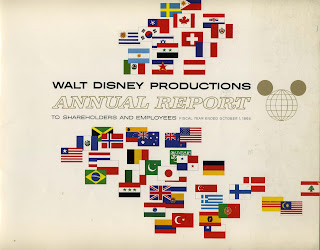 A fascinating artifact from late 1966-early 1967, the Annual Report of Walt Disney Productions for 1966 had to be "enhanced" because, printing schedules being what they are, the Report was completed before Walt's death on December 15 of that year—an obviously cataclysmic and (given the relative short period of Walt's illness) unexpected event. Here you can read the letter (click on the images for a larger view), written by Roy O. Disney, that literally covered and figuratively (and sadly) overshadowed that year's Annual Report.
Posted by Jim at 5:49 PM