A Tricky Treat From Bugs Bunny 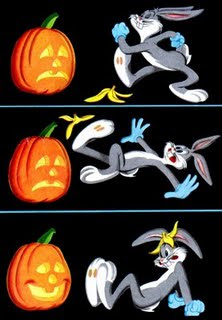 We can't let Halloween time fly by here at Tulgey Wood without a visit with Bugs Bunny. Bugs regularly celebrated Halloween in his comic books, and you can revel in one of that wascally wabbit's trick-or-treat comic book treats in its entirety. Just head on over the excellent horror-comics blog, The Horrors of It All, or as it's known, THOIA, and enjoy the spooky story from Bugs Bunny's Trick 'n' Treat Halloween Fun (#3 1955)—the terrific art pictured at right is from this Giant Comic's back cover. While you're there check out the other horror comics master blogger Kraswell has posted but beware—it's all pre-Comics Code material so there's some strong stuff here and there.
Posted by Jim at 11:58 PM No comments:

Trick Or Treat For UNICEF

Here's a great tradition that's making a comeback. Created by kids in 1950, Trick or Treat for UNICEF is the U.S. Fund for UNICEF’s signature campaign. By Trick-or-Treating for UNICEF (the United Nations Children's Fund), thousands of kids and adults help UNICEF to provide nutrition, immunization,sanitation, access to clean water and proper education for children around the world. Last year, kids with their families, schools, corporations, and communities raised over $4.4 million and have raised more than $144 million to date. Some will recall how famous spokespersons, from Danny Kaye to Casper the Friendly Ghost have over the years promoted the charitable concept of harnessing the positive energy of Halloween to help children in need. Today the program is represented by some charming children reminiscent of the International kid cast of Walt Disney's It's a Small World, which was originally created to benefit UNICEF at the 1964-65 New York World's Fair. Happy Halloween!
Posted by Jim at 3:05 PM 1 comment:

Labels: Halloween, It's a Small World, trick or treat, UNICEF

On this day, October 16, The Walt Disney Company was founded in 1923. To celebrate here's a Walt Disney World Guide from 1973, complete with the fantastic 50 Happy Years logo (click on the image at left for a larger view) from the year-long celebration. To see the entire Guide be sure and visit the great Vintage Disneyland Tickets blog here. In the meantime, remember that, as D23 reminds us, it all started in 1923.
Posted by Jim at 2:59 AM No comments:

Walt's People And Me 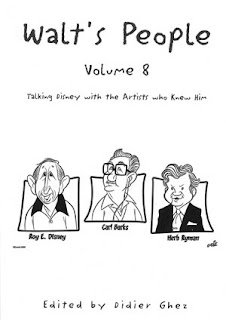 Newly published, Walt's People Volume 8 is the latest edition in the extraordinary series of published interviews with artists, family members, Studio personnel, and others who knew and worked with Walt Disney. Edited by Disney historian Didier Ghez with caricatures by Pete Emslie (Hi Pete!) on the cover, this volume includes an interview I conducted with Carl Barks. (In a sense, mine is a cover story as Carl is one of the cover caricatures.) I'm in good company, as the other historians whose interviews are in this edition include John Canemaker, Jim Korkis, Dave Smith, Mike Barrier, John Culhane, J.B.Kaufman and many more. To read my interview with the great Carl Barks (and many others) order your copy of Walt's People Volume 8 here.
Posted by Jim at 1:50 AM No comments: 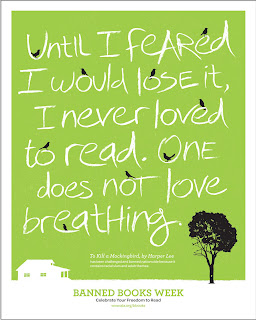 Last week (September 26−October 3, 2009) was Banned Books Week, a special event celebrating the right to read, and by extension, to think. The true heroes behind the maintenance of the freedom to read in our free society are the librarians, teachers, and booksellers who protect books against the concept of banning. Pictured here is a poster created by the American Library Asociation, incorporatung inspiring words from To Kill a Mockingbird by Harper Lee. Want to celebrate Banned Books Week, even though it's a little late? Drop by your local library and pick up a book... and open your mind.
Posted by Jim at 4:38 PM No comments:

Labels: ALA, Banned Books Week, libraries, To Kill a Mockingbird 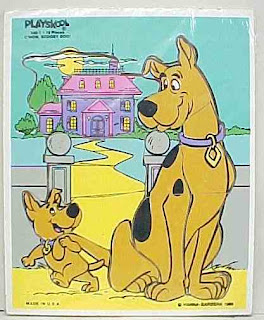 In the spooky world of Hanna-Barbera's (ok, Warner Bros.') Scooby Doo, the only thing scarier than the haunted houses, glowing ghosts, glowering ghouls and bad guys in masks is that feisty little fido Scrappy Doo. Over at his excellent blog , prolific writer Mark Evanier has finally revealed the full story of the creation of the scene-stealing pooch, just in time for Halloween time. After taking a peak at Scooby being overshadowed by Scrappy on the Playskool preschool puzzle pictured to the right, hightail it over to Mark's excellent first-hand account of this terrifying cartoon creature.
Posted by Jim at 3:12 AM 1 comment: 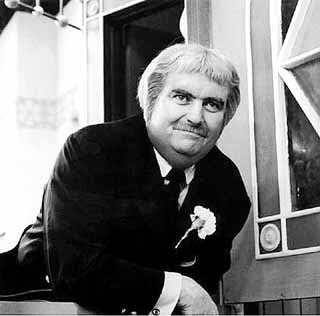 On this day, October 3, in 1955, the very same day that Walt Disney's The Mickey Mouse Club premiered, another innovative show that created a revolution in children's television made its debut. Captain Kangaroo ran for almost three decades, most of that time on CBS. As the Captain, Bob Keeshan was one of the first TV performers to harness the certain sort of intimacy that's possible between a TV persona and his audience. Bob actively and deliberately worked at creating the illusion he was speaking casually and soothingly, not to a vast viewing audience but to each individual child who was watching. The photo seen above captures some of this, showing Captain leaning against the dutch door of the most inviting and charming version of his Treasure House (so unlike the stylized sets of the 1950s and 1970s), an informal pose he often struck while chatting directly with his audience. (By the way—after you click on the photo to enlarge it—see if you can spot a very interesting [and very hard to notice, given the way the photo is cropped] detail in Captain's costume: he's wearing CBS eye cufflinks.) Most of all, Captain Kangaroo epitomized that rare and undervalued quality, on TV or elsewhere: gentleness. For as Bob Keeshan once stated: "It is my contention...that most people in this world do not encounter violence every day. I think we [on television] prepare people for violence, and I think just as importantly we prepare people for the definition of being gentle." Reason enough to celebrate today's anniversary of the gentle fun and lighthearted fantasy of Captain Kangaroo.
Posted by Jim at 5:31 PM 1 comment:

Spooky Goings On At The Haunted Mansion 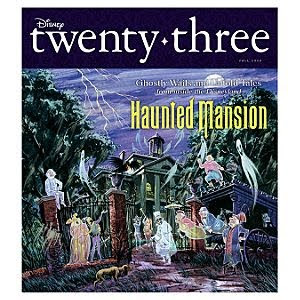 Since it's now October, it's time for all things spooky, scary and sometimes a bit silly, and that's exactly what D23 fans have found in the cover story of the Fall issue (Issue 3) of disney twenty-three. "Untold Tales of The Haunted Mansion" focuses on the immortal Disneyland Park attraction and is written by Haunted Mansion maven Ed Squair. In addition, the cover—featuring artwork from the classic 1969 Haunted Mansion LP album—has a frighteningly fun feature that I think even many avid D23 fans may have overlooked: the figure of the infamous Hatbox Ghost actually glows in the dark! If you don't already have this irresistibly eerie issue (which also has the regular "Walk With Walt" column written by me) you can purchase it (or Issues 1 and 2 as well) here. The all-new Winter issue (Issue 4) of disney twenty-three is on its way, and as always it's jam-packed with fun, info, and surprises—and a subscription to this elegant "insider" publication is included with every membership to D23, the Official Community for Disney Fans. To join D23 visit here.
Posted by Jim at 12:09 AM No comments: 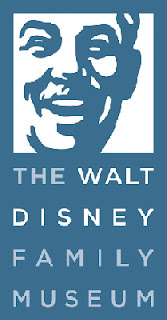 On this day in 1971, Walt Disney World opened to great acclaim and great promise for the future. Note the title: Walt Disney World, not Disney World or Disneyworld, for Roy O. Disney had decreed that this new "Vacation Kingdom" would be specifically named to honor the man whose vision and artistry was responsible for this massive new project and giant step forward in Disney entertainment. How appropriate, then, that this day in 2009 is opening day for another project named for—and directly honoring—the man himself, the Walt Disney Family Museum. This state-of-the-art salute to Walt was created, as its title implies, by his family. Daughter Diane Disney Miller and grandson Walter E. D. Miller have spearheaded this spectacular museum, for which I had the honor of providing some research and writing, thanks to Disney historians and Family Museum team members Jeff Kurtti and Paula Sigman Lowery. The Museum and its opening are being covered all over the internet, and the consensus is that it gives an amazingly intimate and detailed glimpse at Walt the man as he was known by his family and creative associates. Visit the Museum's website for more information. The Walt Disney Family Museum is an authentic Walt Disney world.
Posted by Jim at 1:56 AM No comments: