Some Tiki Room Enchantment at D23.com

Fly on over to D23.com for a just-posted article written by me about Walt Disney's Enchanted Tiki Room, celebrating five decades of tasty tiki magic. Go here to read "The Tiki Room Celebrates 50 Years" by Jim Fanning at D23.com. (This article is a Members Only feature but now you can get a FREE D23 Membership at the website--be sure and sing up and you can visit all the Members Only fun at D23.com.) And to give Tulgey Wood a touch of D23 magic, here's a repro of the original 1963 Enchanted Tiki Room, given out to "you lucky people you" (Annual Passholders, anyhow) at Disneyland Park on June 23, 2013, the actual anniversary date. 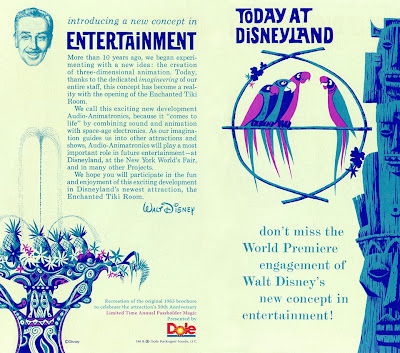 Tonight's super-full, super-bright Super Moon puts me in the mind of Walt Disney's "Man in Space" episodes from his Disneyland TV series. The second episode of these "science factual" shows, "Man and the Moon," was first broadcast on December 28, 1955, but the first Tomorrowland episode, "Man in Space," from March 9, 1955, also dealt with a mission to the moon. The cover from the Disney comic book below gives a glimpse of one of the Disney-designed rockets (and the moon)  In the meantime, savor the sight of the Super Moon while you can—the moon won't be this close to Earth again until August 2014. 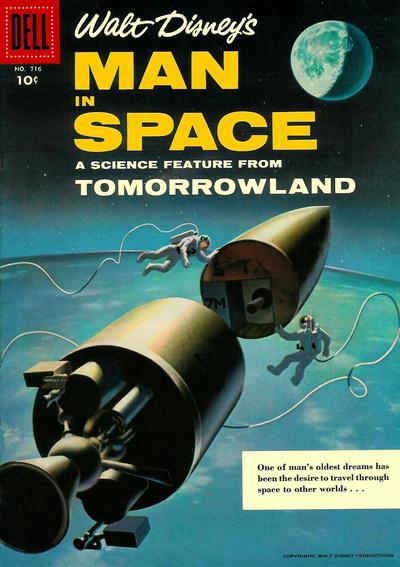 Today, June 23, marks the 50th anniversary of the premiere of Walt Disney's Enchanted Tiki Room at Disneyland Park in 1963. To celebrate here's a Whitman Publishing (aka Western Publishing Company) Disneyland Sticker Fun book cover from 1964 that puts one of those enchanting tiki birds front and center. (Watch for a D23.com post by me all about this Disneyland favorite.... coming soon!) 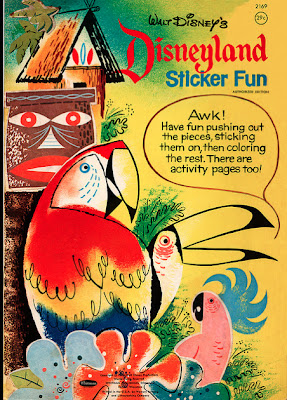 To celebrate the first day of summer, here's the fun-filled cover of Tom and Jerry's Summer Fun (issue 2, 1955) featuring T&J and friends (then owned by MGM, now owned by Warner Bros.). To follow up, there's also the back cover of this sunny-time, fun-time giant funny book. 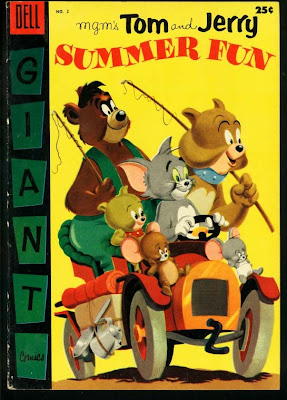 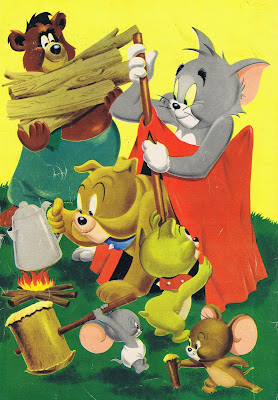 Disney's popular new Oz film, Oz The Great and Powerful, is being released to the home entertainment market on Blu-ray today. To celebrate the new Oz here is something old—from the Off To See the Wizard TV series from 1967-1968, inspired in turn by the 1939 MGM classic, The Wizard of Oz. The new film certainly emphasizes the Wizard's roots as a carnival magician, and I like the way the magic-kit premium described in this magazine ad brings things back to magic tricks. Be sure and click on the image to see the whole two-page spread—and stay tuned to Tulgey Wood for more on this mostly forgotten television program in the future. 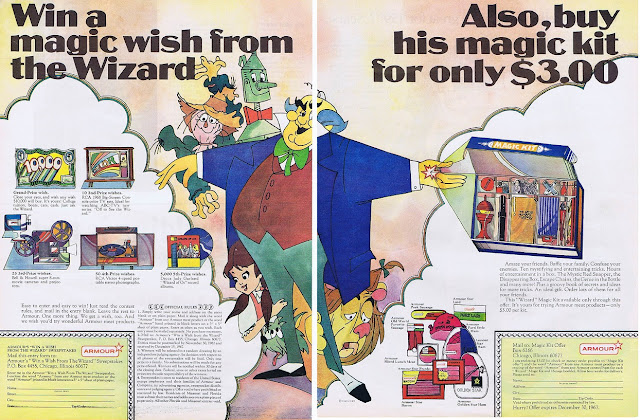 Labels: Chuck Jones, Off To See The Wizard, Oz The Great and Powerful, The Wizard of Oz (1939)

Today is the official birthday of that wacky quack-up, Donald Duck. To celebrate, here's part of a profile of Donald I wrote for the Disney Standard Character Guidebook, which I had the honor of writing. It's used by Disney Consumer Products and Disney Licensees (Hallmark, Mattel, etc.) in creating art and stories and toys and just about anything involving Mickey and his pals—Minnie, Goofy, Pluto, let's not forget the all-too-often-forgetten Daisy, and of course the birthday boy himself—the most well-known and beloved collection of characters in the world. 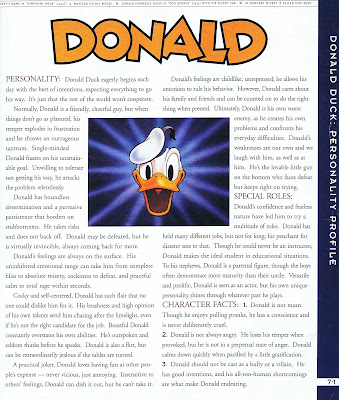