Happy Hauntings From The Haunted Mansion

It's October 31, and since 2019 marks the 50th anniversary of the Haunted Mansion at Disneyland, let's take a look back at some haunting history. Or is it a look ahead? The 1965 Disneyland Pictorial Guidebook featured a preview of the Haunted Mansion four years before its opening. Prominent in this rarely seen preview is one of the most famous pieces of Disney theme-park art: the painting of a very haunted looking Haunted Mansion by Sam McKim, based on Ken Anderson's 1958 sketch. With this fascinating example of Disney art, we come to the end of our countdown for this year. Happy Halloween 2019!

A Celebration For The Ages: 50 Happy Years

Can Gyro Gearloose be part of our Countdown to Halloween 2019? Sure, because the inventor created by master Disney artist/writer Carl Barks,  is something of a mad scientist, even if this mild-mannered friend of Donald Duck seldom gets mad. But more to the point, look at this cover of Walt Disney Showcase #18, October 1973. Prominently displayed is the 50 Happy Years logo, for 1973 saw Disney celebrating its golden anniversary. To discover more about one of the most spectacular celebrations in Disney history, click here to read the D23 article I wrote about 50 Happy Years. It's a great way to honor the day on which Disney was founded, October 16, 1923. 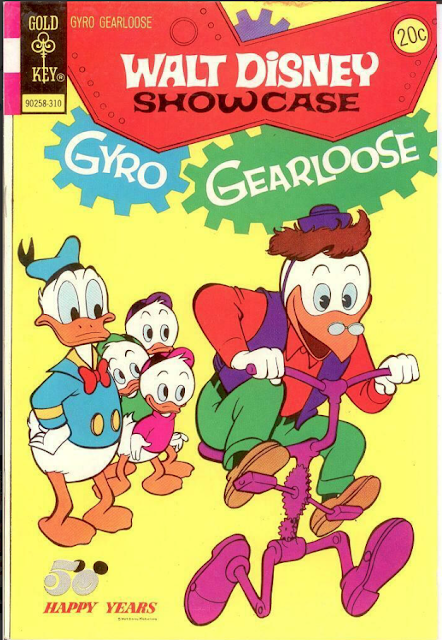 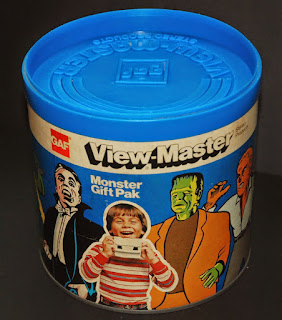 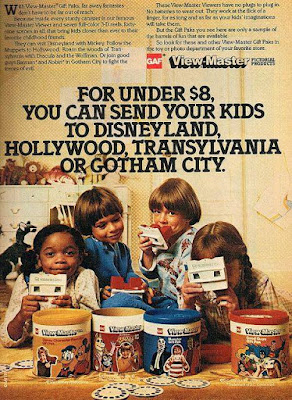 What better way to Countdown to Halloween than with some frightfully artful art? The great Hayden Evans is holding his own day-by-day countdown to October 31with another Drawlloween celebration on Facebook of his horror-themed art that is anything but horrible. Check out his sensationally stylized art every day this October. 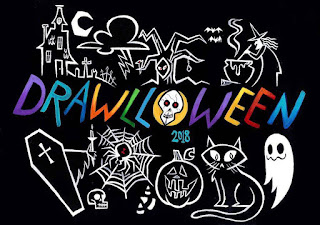 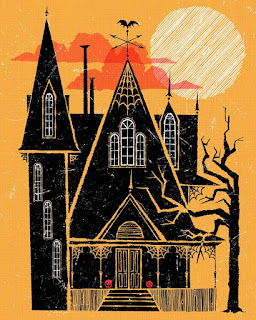 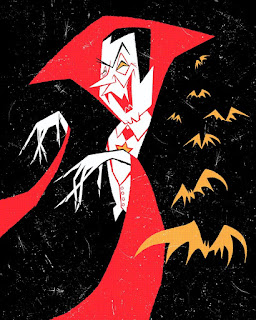 In the first decades of TV Guide, the covers were almost always artful, so it's no surprise that they turned to artists to create covers as often as they turned to photographers. As the magazine continued it's slow but sure decline in 1990, its publishers at least had the ease and calls to sign up British author and former TV Guide contributor Ronald Searle to draw up this haunted house in the classic style for this October 27, 1990 Halloween edition—and it's part of Countdown to Halloween 2019 here at Tulgey Wood. This TV Guide comes courtesy of the Facebook page, The TV Time Machine. If you are on Facebook, tune in this fun-fest of classic TV of all kinds. 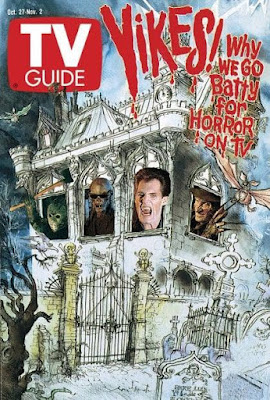 Scooby-Doo, When Do You Celebrate Your 50th Anniversary?

50 years ago, this fall, Scooby-Doo Where Are You! debuted on CBS, on September 13, 1969—and spooky old houses, seemingly supernatural doings, villains in disguise, and meddling kids and their munchie-chomping mutts have never been the same. This silly-but scary animated TV series is among the most popular ever created. It's of course entirely fitting we salute Scooby on his 50th during our Countdown to Halloween 2019, for the cowardly Great Dane and his pals have confronted any number of ghouls and ghastly specters during their first five decades. Plenty of merchandise has paid tribute to the Scoobster, including this rare 1969 coloring book. Happy anniversary to this Hanna-Barbara headliner and may he be haunted by baddies for another 50 years. 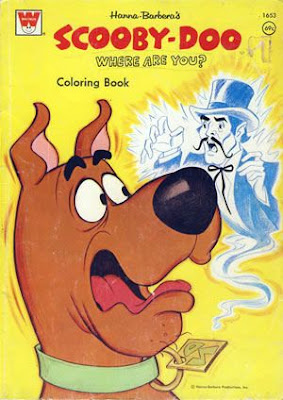 The new animated Addams Family film has more than one tie-in. Besides the Monsters Cereal promo, there is a major campaign at IHOP. For our Countdown to Halloween 2019, here is a look at some of the posters, menus and signage you will find during this "For A Limited Time Only" period. Fun Halloween-y graphics, as the Addams Family would naturally inspire. I didn't sample any of the Addams Family fare but if you'd like a review check out Dinosaur Dracula and Mad Matt's take on the pancakes and more. Dinosaur Dracula is one of my favorite sites, especially at Halloween time, so I hope you are a regular visitor there, anyhow. Lots of fun spooky stuff for the spooky season. 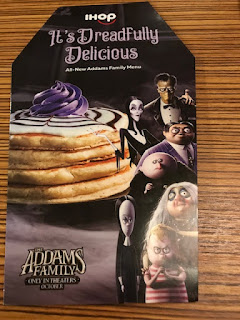 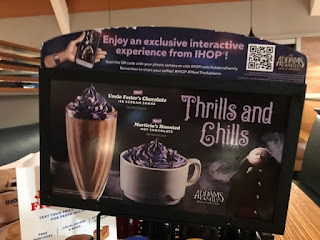 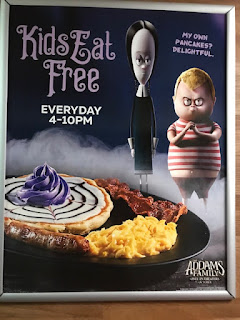 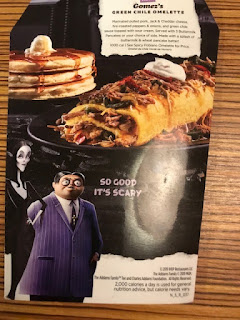 For many, Walt Disney's Trick or Treat is a perennial part of the Halloween celebration. But did you know that the opening titles we see on DVD are not the titles the short was originally released with? On YouTube, a YouTuber named Erik has uploaded the original titles with the RKO credits (RKO was Disney's distributor at the time this seasonal short was originally produced), pans between the credits and an animated paint brush as seen in the short itself. This is all from an original Technicolor print. You can discover more about this favorite spooky time cartoon in the D23 article I wrote at this link. It's another frightfully fun (and Disney) way to celebrate our Countdown to Halloween 2019. 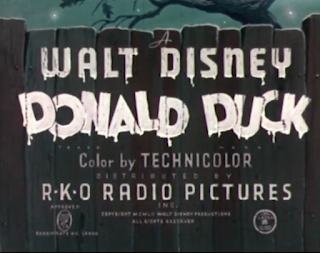 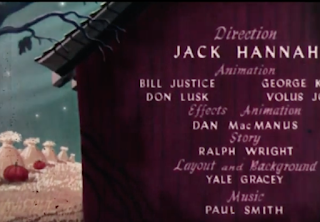 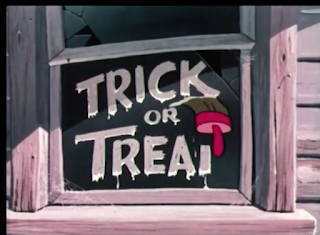 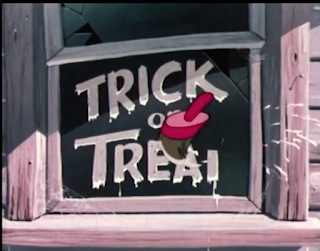 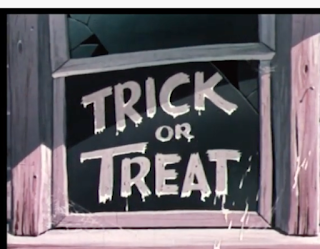 Eerie vs Salem, Marshall vs Max

1991 saw the premiere of the cult TV series, Eerie, Indiana, a horror/supernatural/sci-fi/comedy that ran for one abbreviated season. As seen in the Preview from the TV Guide Fall Preview issue for that 1991-1992 season, the show centered on a teen, Marshall Teller, who discovers that the town he and his family have just relocated to is, well, eerie. Marshall was portrayed by Omri Katz, who just a couple of years later, upped his already substantial supernatural cred by also playing Max Dennison who battles the evil Sanderson sisters in Salem, Massachusetts in Disney's Halloween classic Hocus Pocus. To find out more about Omri and the rest of the cast and creators of Hocus Pocus, please click here to read the D23 article I wrote about Disney's 1993 comedy-horror-thriller as the Countdown to Halloween 2019 slinks on through the jack-o-lantern illuminated darkness. 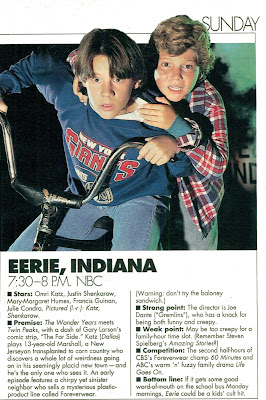 Casper, Spooky and their ghostly cohorts may be the Harvey comics stars we automatically think of during Halloween time, but the decidedly not supernatural Little Audrey...make that, Playful Little Audrey also had spooky-season fun. Just in time for our Countdown to Halloween 2019, here are a few classic covers that demonstrate LA's Halloween expertise. 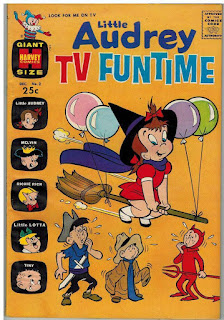 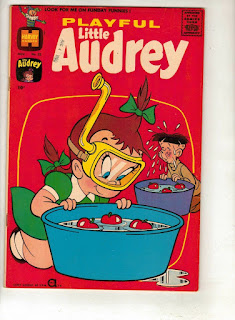 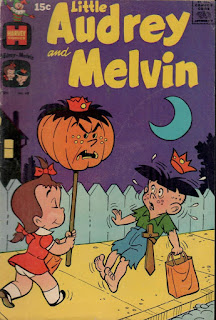 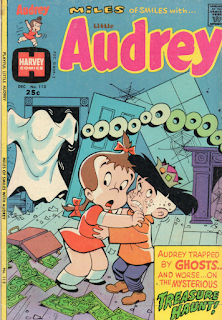 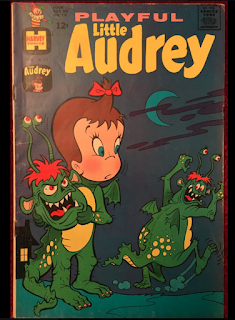