Today is Saint Nicholas Day, December 6 being the feast day of the inspiration for Santa Claus on the Church calendar. To celebrate St. Nick, let's visit several different versions of "A Visit From St. Nicholas" as published by Golden Books. The first Little Golden Book to feature Clement C. Moore's classic poem (one of the most reprinted poems ever penned, the festive verse was written in 1822 and first published in 1823), entitled The Night Before Christmas, as all the Golden versions were, was originally published in 1946, at least with this cover. New illustrations were created in 1949 and this edition was in print for decades, selling in the millions. (The edition shown here is from the 1970s.) Other editions with different illustrations were published in 1955, 1987 and 2001. Whatever the season, whatever the style, Saint Nicholas never goes out of fashion. 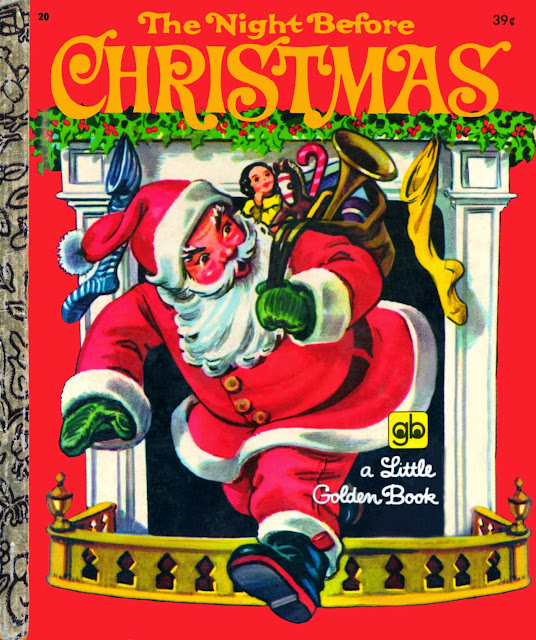 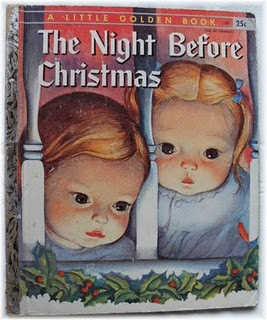 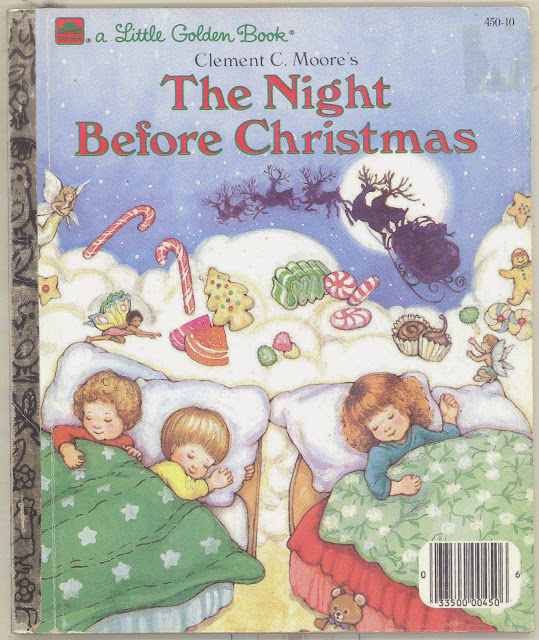 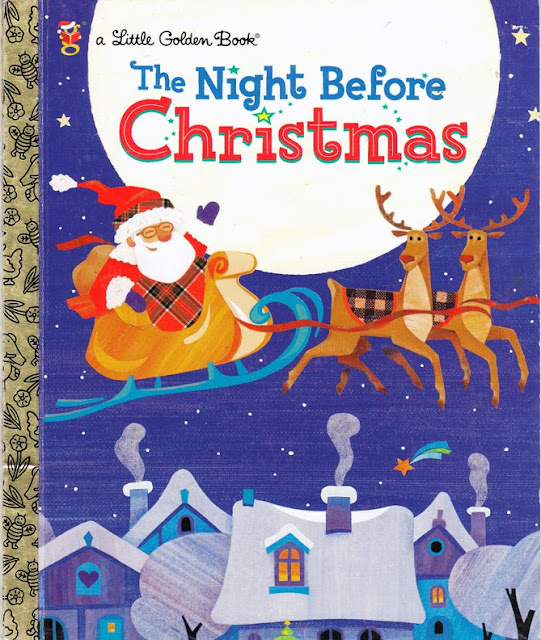